Local radio now not so local 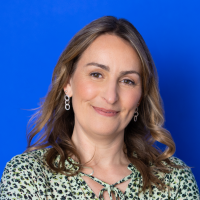 Local drivetime shows will also be withdrawn with the current 23 separate shows changing to 10 different broadcasts covering enlarged areas of the country.

The only local content will be news and travel.

Why is local radio changing in this way?

This change has been on the cards since Ofcom updated its Localness Guidelines for commercial radio stations last autumn.

The new guidelines reduce the weekday commitment of locally made programmes from seven to three hours between 6am and 7pm. They also remove the requirement to include breakfast in those hours, so long as local news is provided at least hourly throughout the same period.

A statement from Global said that the restructure would allow them to offer "true national competition on FM, across the UK, to BBC Radio 1 and BBC Radio 2, with real scale on both FM and Digital for the first time at breakfast".

A Heart representative told us that research shows that the core Heart demographic (aged 25-44) aren't interested in local programming. They listen to Heart because they like the format and the music but would like this combined with a top billing breakfast show rather a locally produced format.

While Global is pushing national and networked programming, BBC Radio is adopting the opposite approach. BBC Local Radio is changing its music policy in a bid to increase community visibility. The 39 local BBC radio stations in England have all recruited a community producer and launched new programming in the evenings to "reflect the communities they serve".

What does this mean for local radio advertisers?

My first reaction on hearing this news is that the change will be bad news for local advertisers. If you're targeting a local geographical market then advertising on regional radio makes absolute sense. My view is that if you replace local shows with a national format then you'll lose local listeners and it will become a less attractive advertising platform for businesses targeting people in that area.

In a global world where provenance and community are becoming increasingly important to people, moving awat from local programming seems a strange decision.

However, our representative at Heart South West assures us that this is not the case. Global's strong belief and rationale for the change is that audience figures will increase. Global believe that local advertisers will get a better return as they will be marketing to a local audience via a national radio station.

Consequently, you won't be surprised to hear that advertising rates are going to go up.

One of our clients is a regular advertiser on Heart South West so we'll be watching this change closely and keeping an eye on the audience figures. It'll be interesting to see how this pans out.